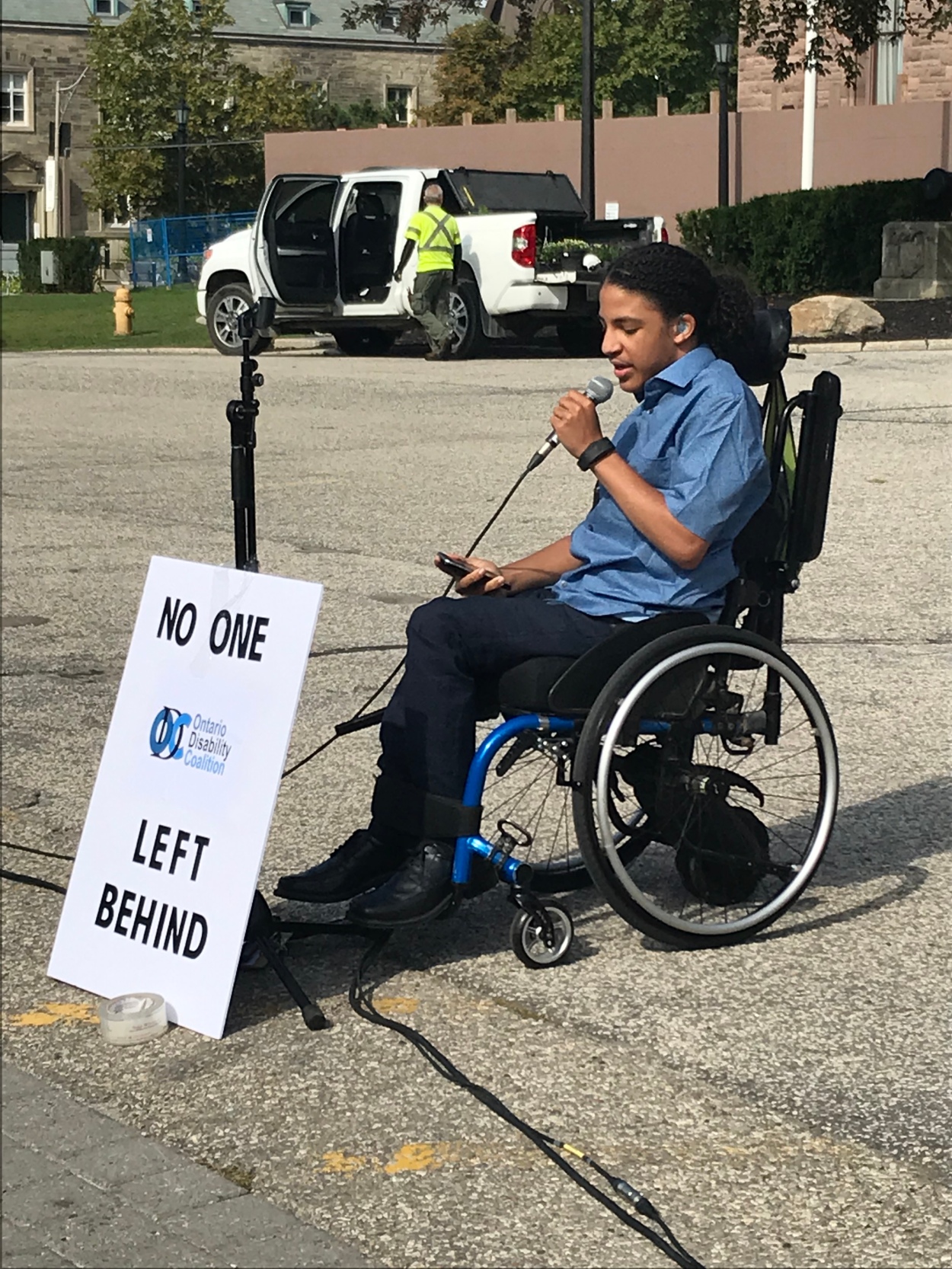 For children with disabilities like Dante Wellington, a “childhood budget” would have meant his family could have afforded private physiotherapy and occupational therapy instead of the scant treatment he’s received at a centre or at school, his mother said.  (RENE JOHNSTON / TORONTO STAR)

March 19th 2019
CBC North Bay – Superior Morning with Lisa Laco
As the controversy around funding for children with autism in the province continues, a grassroots advocacy group is worried other children with disabilities are being overlooked. Sherry Caldwell is the co-founder of the Ontario Disability Coalition

March 15th 2019 Ottawa Morning with Robyn Bresnahan
Funding for Disabilities other than Autism.

“Why bother identifying them if you can’t help them?”

Brandon Colatosti and his mother, Nina, can’t understand why the government doesn’t provide the same level of services to people with complex disabilities as it does to those with autism. Dec. 15, 2017 – Mike Barrett/Metroland